It was announced in June that Capital Gains Tax (CGT) deadlines for residential property disposals were to change. ‘Property disposal’ is the technical term for when an inherited property is sold for cash. The new deadlines (which will be introduced in April 2020) will see CGT having to be paid just 30 days after completion of a property sale. At the time of writing (August 2019), CGT does not have to be paid until after the self-assessment deadline (this can be nearly two years after the property disposal took place). And whilst there will be a two-year grace period between the announcement and implementation of the new window, it is thought that many taxpayers will not be aware of the changes in time. 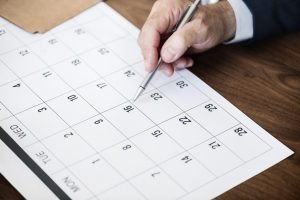 All of this is now officially old news – but, if you missed it you would certainly not be alone…

It seems that there is a disconnect between HMRC and taxpayers when it comes to communicating information about tax changes. HMRC have previously lost revenue due to this miscommunication. Indeed, a recent example saw people who had disposed of property and subsequently failed to pay CGT successfully make a claim against HMRC. This is because it was ruled that HMRC failed to communicate the changes adequately; a number of late-filing penalties were overturned by tribunal.

As a result of previous failures, HMRC has commissioned a report in which their research shows that there are a number of significant blind-spots when it comes to awareness of an individual’s obligation to file a return when disposing of a residential property.

Embarrassingly for HMRC, their own website was criticised in the report as being difficult to navigate. Information was found to be easy to misinterpret and deadlines were ambiguous or unclear. A common misunderstanding occurred when taxpayers inadvertently missed deadlines: website users understood the website’s instruction of ‘payment on account’ as an invitation to pay the amount in instalments rather than the entire lump sum (which is what HMRC intended). Users often believed that after paying their monthly installments, they would be informed of any further taxes after the final amount had been checked by HMRC.

The most common late-payers of CGT were inexperienced or one-off taxpayers; this usually included people who had rented out their own property or disposed of a property inherited from a relative. Their propensity was not to engage an agent or seek guidance on CGT. Even those who did seek advice tended to ask simple, specific questions based on limited areas of their own knowledge.

HMRC spoke to many legal professionals and accountants who insisted that they do indeed inform customers about CGT payment deadlines. It was found that clients often misunderstand their individual responsibilities and hence miss filing dates.

Further complications were reported when solicitors with new clients were made aware of historical property disposals. Their clients had not been represented at the time and were therefore unaware of their obligations to pay CGT at that time leading to exposure to retrospective penalties or fines for late payment.

At A M Davies, working alongside our clients’ other advisors, we break down the jargon and ensure our clients are primed with the latest information. We take the time to ensure there are no miscommunications and look after all the finer details for you. You can be safe in the knowledge that there are no nasty surprises around the corner…