“Fraudulent Calumny”: You could be forgiven for wondering if this were a glorious 16th-century put-down from the pen of the Bard. Or maybe one of the latest from the canon of utterances from the mouth of Alexander Boris de Pfeffel Johnson. Archaic bon mots such as ‘nincompoop’, ‘ultracrepidarianism’ and ‘mandrake mymmekin’ would sit comfortably alongside. However, fraudulent calumny is very much still in use.

What is Fraudulent Calumny?

In the context of wills, Fraudulent Calumny describes an intention to exert coercive control over an individual (usually a vulnerable individual) in order to make them change their will and, in so doing make personal gain. It sits alongside due execution, lack of testamentary capacity and lack of knowledge and approval as something that when proven would potentially negate a will.

Being by definition a secretive or covert action, Fraudulent Calumny is difficult to prove. However, suspicion arises where an individual making a will makes a change that:

Undue influence must be differentiated from persuasion which – whilst it might be perceived as unpalatable – is generally acceptable. Undue influence goes beyond this. A court will be looking for evidence that the deceased was harassed or bullied into writing a will that did not represent that individual’s wishes or was detrimental to their estate.

Frequently, the burden of care for an elderly or dying family member will fall unevenly upon an individual family member. Despite the best intentions of those family members, disputes often arise where there is a lack of correspondence with regards to their individual sense of entitlement to the estate. 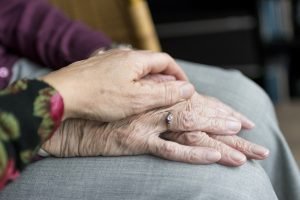 In the case of Rea v Rea, four siblings were in dispute over the validity of their mother’s will. At the time of the death of Anna Rea in 2015, her daughter Rita was sole-carer. This was having already moved back to her mother’s home in 2009 after Anna had had a heart attack and was unable to care for herself.

Anna Rea’s previous will, written in 1986, had given equal portions to each sibling but then this was changed in 2015 to reflect that the other siblings Remo, Nino and David were taking no part in her care; Anna now wished to leave her entire estate to her daughter Rita.

The brother denied the validity of the revised will citing amongst other things “Fraudulent Calumny” claiming that Rita had “poisoned” their mother’s mind by casting aspersions upon their character and that she had exerted undue influence on their mother to change the will.

The claim was denied as the judge concluded that there was no evidence that Rita had done so. 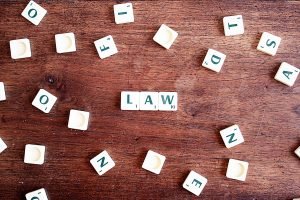 Contesting a will can be a fraught and challenging business. If you are to consider a claim either in agreement with or against the validity of a will, it is important that you seek legal advice in order to ascertain the merits of your claim at the earliest possible stage.