This month saw a landmark ruling in UK pensions, as a woman won the right to her late partner’s pension. Jane Langford had been cohabiting with RAF employee Christopher Green for 15 years at the time of his death in 2011.

Although the RAF pension gives unmarried partners of employees access to their pension if they die, the scheme excludes surviving partners married to another person. Ms Langford was denied access because her previous marriage had not been officially dissolved.

Having made her latest appeal to the England and Wales Court of Appeal (EWCA) earlier in 2019, her persistence has finally been vindicated.

At the time of Christopher Green’s unexpected death in 2011, Ms Langford had been estranged from her husband for over 17 years. In further support of her claim was the fact that she had received no financial support from him during this time.

Ms Langford’s appeals all alleged unlawful discrimination because of her marital status.

EWCA unanimously found that the RAF’s rule breached her human rights, with Lord Justice McCombe describing it as ‘unlawful and… (not) proportionate in Ms Langford’s case’.

The judgement is said to be a huge relief for Ms Langford, who has been under considerable financial pressure since her partner’s death.

A Ruling with Significant Implications

The ruling has significant and wide-ranging implications – both for future cases, and for those who have been refused a similar claim in the past. It was described by the representing solicitor as ‘a gateway to justice’. It gives hope to people who have previously been refused their deceased partner’s pension because they had not finalised a divorce from a previous marriage.

The majority of public sector pension schemes (including fire service, police and education) contain an identical ruling to that which caused Ms Langford years of stress and financial insecurity.

Despite his ruling, the judge did recognise that the aim of the RAF pension scheme ‘to achieve parity of treatment between married and unmarried partners of scheme members’ was legitimate.

However, he went on to argue that ‘such parity is in reality achieved not by imposing restrictions based on a partner’s marital status, but by requiring the demonstration of a substantial, exclusive and financially dependent relationship in practice’.

Ensuring Your Wishes are Executed 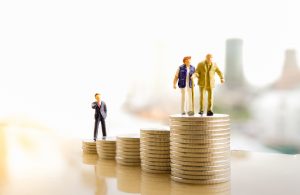 We live in a time where equality and fairness is celebrated; the result of this particular case is welcome news indeed. However, it also highlights the importance of understanding the detail within legal documents.

At A M Davies, we know that many people feel uncomfortable discussing the subject of death – especially if they have families. But if you are to ensure your wishes are followed when you die, it is crucial to use the services of a trusted legal expert.

Our Wills & Probate specialist, Jeremy Clough has over 30 years’ of experience in the sector. He brings a practical, sensitive and understanding approach to his work.

We offer a flexible service and will accommodate our clients’ wishes wherever possible; this ensures an experience that is as comfortable and stress-free as possible.

Contact us for peace of mind; after all, you never know what is around the corner! 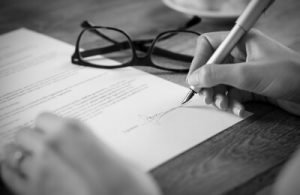