A court ruled earlier this month that residential property ownership only starts when a purchase is completed. Section 28 of the Taxation of Chargeable Gains Act 1992 states that where an asset is disposed of and acquired under a contract, the disposal and acquisition is made at the time the contract is made.

But what are the wider implications of this?

If you have had to sell a large asset such as a house, perhaps subsequent to the bereavement of a family member, you will know that Capital Gains Tax will be payable when you dispose of that asset. We duly – if perhaps reluctantly – pay our fair share and move on with our lives. It’s clear and unambiguous. 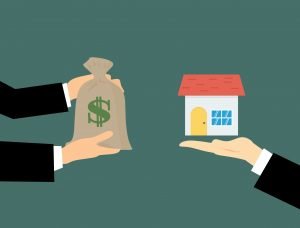 However, when you buy a house, when does that particular taxation clock start ticking? At the exchange of contracts of course; or does it?

Research conducted by Zoopla in 2017 concluded that UK citizens will on average buy between three and four houses in a lifetime. You yourself may recognise that heady feeling when you make a visit to your solicitor and sign on the dotted line committing yourself to the purchase. Contracts are exchanged. The deed is done. Notwithstanding the peril of gazumping and second thoughts by other parties, if all things remain equal you have made a commitment to purchase that house.

Here’s where it starts to get expensive!

When does the House Ownership Clock Start Ticking?

A landmark victory has perhaps raised a question about the above statement.

In the case of Higgins v HMRC, 2019 EWCA, Desmond Higgins placed a deposit on a flat at St Pancras Station in 2006. He duly exchanged contracts before the development had been started. In effect he bought the flat “Off Plan”.

In late 2007, the financial crisis was precipitated by the collapse of the investment bank Lehman Brothers. This in turn caused a delay in the development of the property which was not finished until 2010. Mr Higgins duly took occupation of the flat on 5 January 2010, a full 4 years after contracts had been exchanged. 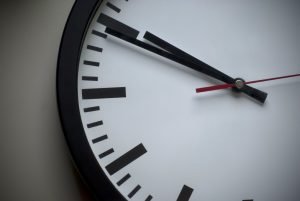 In 2012 Higgins decided to sell the flat, at which point the sale was assessed as attracting CGT of over £61,000.

The calculation was made upon the original exchange date in 2006. However, Higgins contested this with HMRC, arguing that his period of ownership should only commence in 2010 when he actually completed the purchase and was able to move in.

His argument was accepted by the First Tier Tax Tribunal – only to be subsequently overruled by the Upper Tier Tax Tribunal. The UTTT held that the taxable gain starts at the moment when contracts are exchanged and that Principal Private Residence Relief exemption only applies when the taxpayer is actually in residence.

Higgins then appealed to The England and Wales Court of Appeal EWCA who overturned the judgement, arguing that if this were to be the case, only a very limited number of people would qualify for PPR relief in the period between exchange and completion and that this was clearly not the intention of the parliamentary legislation.

Higgins’ appeal was ultimately accepted and the CGT was cancelled.